Military use heavy weaponry against civilian population in Mariupol 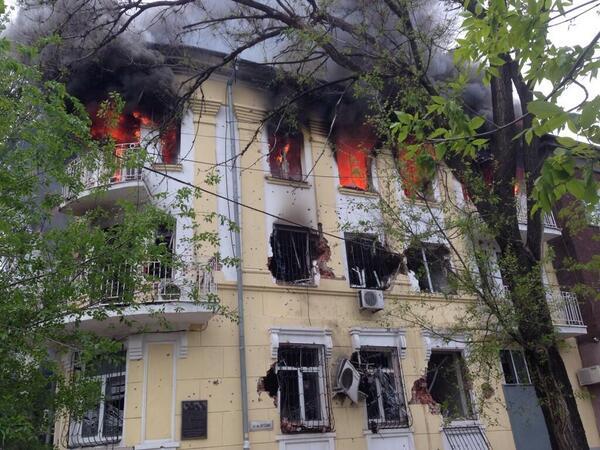 This is how the Municipal police department looks like after junta-brought fascists shot at it. The damage inflicted suggests that fragmentation demolition shells were used. It is heart wrenching even to imagine what happened to those inside. Besides, eyewitnesses claim that this is the very building which was attacked using light anti-tank weapon.

Below is a shell case which is by all accounts was used against civilians and the Municipal police department. 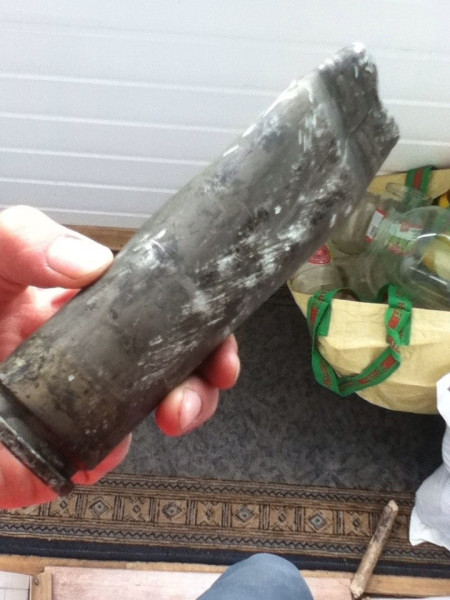 This is most likely a 30x165  shell case for an КБА-1 (2А72) automatic cannon, equipped to armored vehicles produced at Kharkiv Locomotive Factory (KhPZ). Its firing rate is up to 330 shots per minute with each round hitting an area as large as  7 meters with flakes.

The video below is a shooting showcase for the gun:

Thus, the junta ended up using heavy weaponry against peaceful and unarmed population on a major scale. This step is a recipe to end up in a Hague trial as it was clearly the Kiev-controlled military who ordered soldiers and the national guard to shoot civilians. A better thing to do will be to trial them and then hang after Kiev has been taken, though. What other facts does the international community need to see that fascists are killing people in the Ukraine?
Subscribe